Production is finally wrapping up on the DayZ short. One of the challenges was making the zombies look good. We matched the costumes from the game almost exactly. But with no budget to speak of, and no make-up artist, we had to make do with very crude zombie make up (just some darkened eyes and a bloody mouth). For wider shots, and with the shaky chase cam style (no real choice as I did not have a Glidecam yet) it did the trick well enough but I really wanted a few close ups. For those shots, I realized the simple eye paint and bloody mouth wouldn't really cut it.

The other option was to paint up a more elaborate zombie facial treatment and then track it over shots where needed. Fortunately, due mostly to luck, as I had not planned to do this, the shots in question lent themselves for this technique as there wasn't too much head turning or perspective shifts, or I was able to find alternate takes that would lend themselves to this. I did have to paint up several different versions for different angles, though.

To achieve the look, I took stills of the 2 zombies (with no motion blur) and brought them into Photoshop. Then I grabbed some reference zombie faces from the internet and used them to paint added gore to the original still frames.

Once the heads were painted, I isolated the heads and brought them into After Effects. There, I used Mocha to track the original faces in the shots and then composited the new zombie faces over.

The attached image shows the before and after of a couple of the paint overs I created.

Look for the release of the DayZ short later this week. 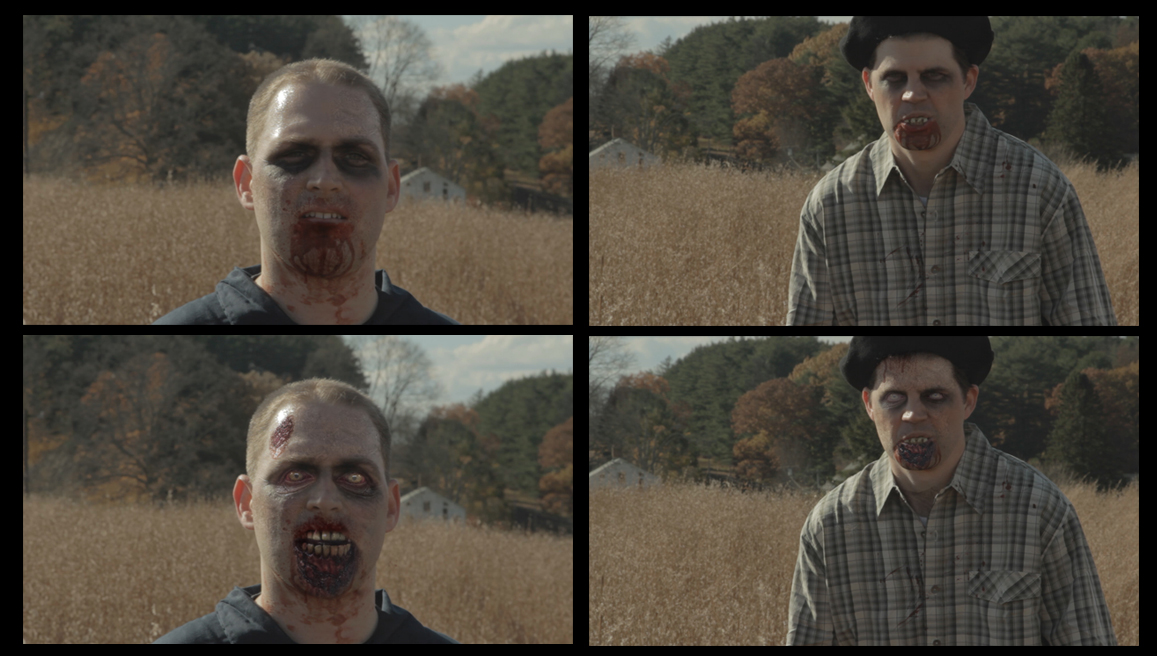