Just wanted to post a quick scene I made in Unreal over the past couple weeks. As part of an effort to get more involved in Unreal, and find potential work using the Unreal game engine, I started playing around with game-oriented lighting set ups. I decided a night winter village with lots of snow would be a good test scene, and would also be seasonally appropriate. So I gathered up assets from lots of different packs and threw this together. 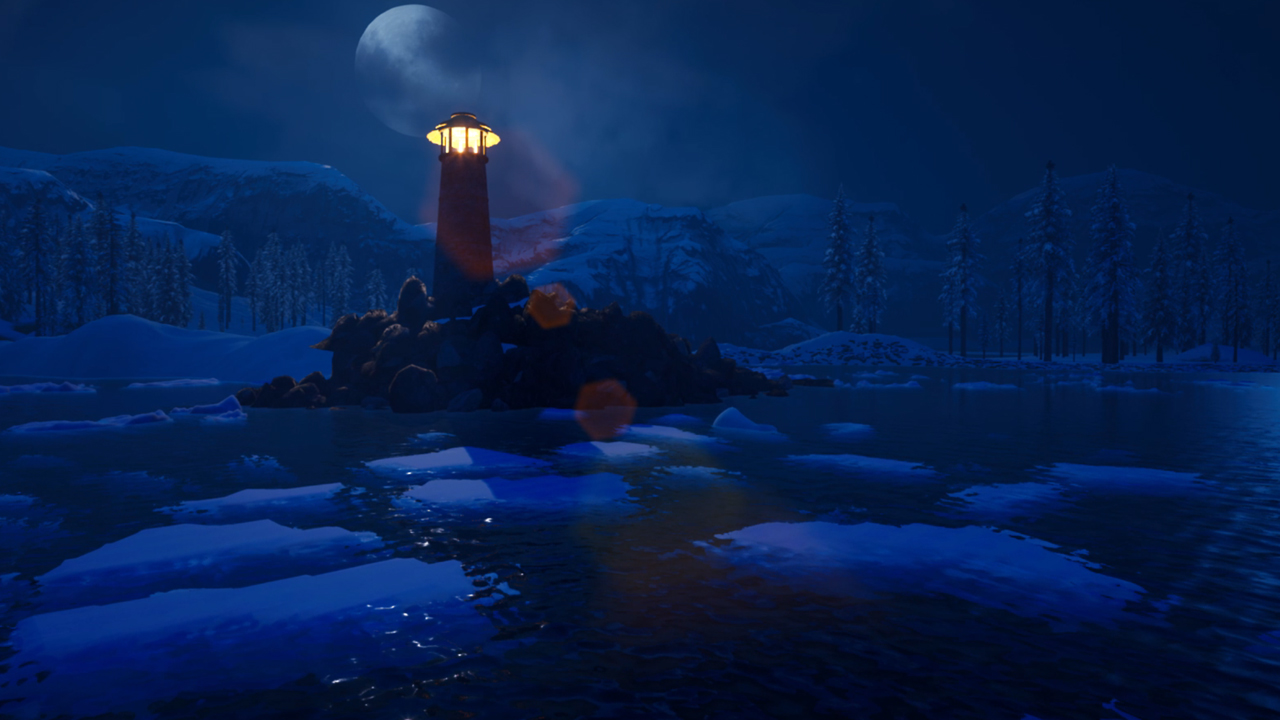 The big challenge was trying to get the reindeer reins to properly simulate. Santa's sleigh is a blueprint construction script pulling in several assets. Each reindeer is using the same animation, but with the start frame and playrate offset in the blueprint. This gives a bit of variation to their movement. But, I couldn't figure out how to parent points on the reins to each reindeer in the line, so that the reins would be fixed to the reindeers and move with them. The idea was to anchor those points, then apply a cloth sim to the middle. I was able to use a socket to give the front reindeer a bright red Rudolph nose, but couldn't figure out how to use sockets with the reins. I'm sure there's a way to do it, but I ran out of time and had to some up with another solution. So this ended up being a bit of a hack, with just two points being anchored (at the front and back) and then some wind applied to make the reins flap around a bit. It kind of works, but it's a problem I'll have to look into some more at some point. It would be nice to know how to solve it. 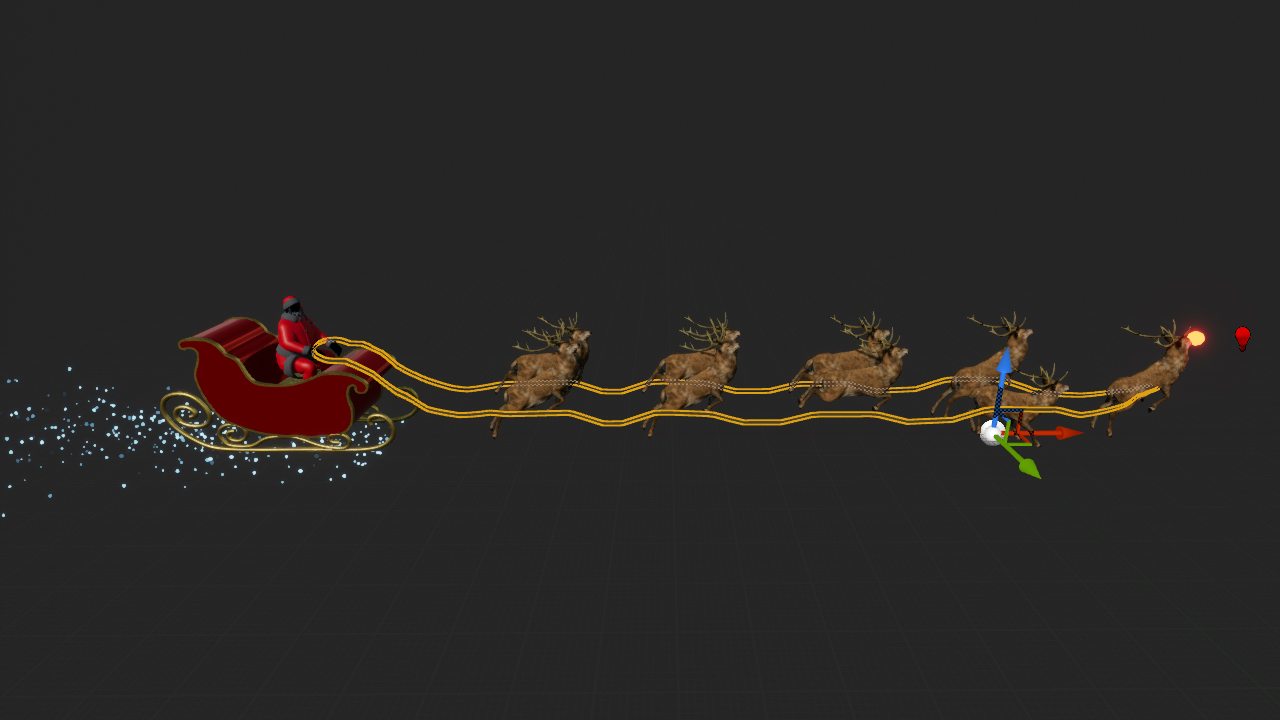 For the snow, I had a couple options. I could have gone with a material-based solution, but that would have meant recreating every material with a snow cover feature. And, it wouldn't really feel like a fresh, soft coat of snow. Instead, I decided to go with actual geometry. A quick Google search led me to a relatively easy way to procedurally generate a snow layer for each building using Houdini. 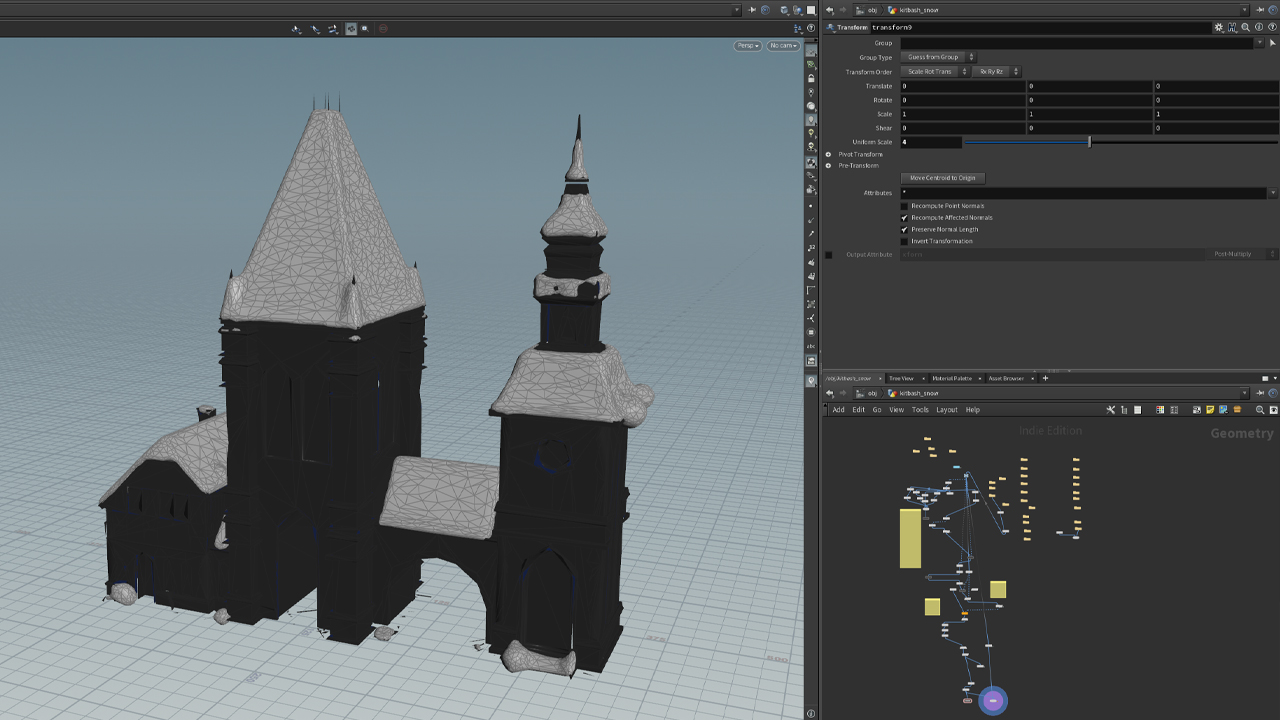 Two other things that are noteworthy in this little. First, for the water, I used Unreal's new water system. I didn't use their landscape tools to carve out the lake, but I did use their new water texture set up; which is quite nice. The other noteworthy addition is the sky. I used Unreal 4.26's new volumetric sky system to create the clouds that pass in front of the moon. I'm still trying to get the hang of it, but my initial impressions of it are quite positive.

I'm pretty happy with the end result. There are a lot of things I'd like to work on, and a lot of things that could use some improvement. (But that's the case with any creation.) For now, I'm calling it done. It's Christmas, after all.